Whew! DS & I traveled interstate over the weekend for both the Australian Open Karate Championships & the Schools & Universities Championships and what a whirlwind trip it was! We had to leave home at 3.20am Thursday and somehow I managed to sleep through the alarm for the first time ever. I woke up at 3.15am - you do the maths! Needless to say the trip started with that crazy, jittery, panicked feeling and it only slightly improved from there due to early starts, late nights, waking almost hourly, a constant headache and stress.

Friday saw DS compete in 3 events - both kata and kumite in the school's event, and kata in the Aus Open. He performed really well in his first round kata but lost 2-3 in a decision that was surprising to many, not just me. Let's leave it at that. ;-) . Had the decision gone his way there was a good chance he could have gotten a bronze medal in that event. Next up was kumite and he only needed to win one fight to make the final. He was up 1-0 with about 20 seconds left on the clock but managed to get 4 penalties and be disqualified. He has only even been disqualified twice in his life, the other time being at the same event last year. This tournament just doesn't seem to be a good one for him. However, this still allowed him to win a bronze medal in this event.

Next up was kata again and he did really well, losing in the 3rd round to the finalist. This meant he had a chance to try for 3rd place but lost one round short of it, but he was very happy to have gotten that far. The next day was kumite and again he had to win his first fight to make the final, but unfortunately he was against the multiple state/national champ but went down fighting and lost 0-4 with the other boy scoring just twice on him. This is a vast improvement on past fights against him as he is from the same state and regularly fights DS in local tournaments. DS seems to have improved and was definitely in the fight, being more aggressive. He then had to fight for 3rd place and at time scores were tied 1-1. The 5 judges then vote on who they feel was the better fighter and scores were 2-3 against him, so one vote between him and another bronze medal.

All up it was a positive experience and it shows he is in the mix as all the best kids in the country were competing and he held his own. Next up - Kobe Osaka in May. 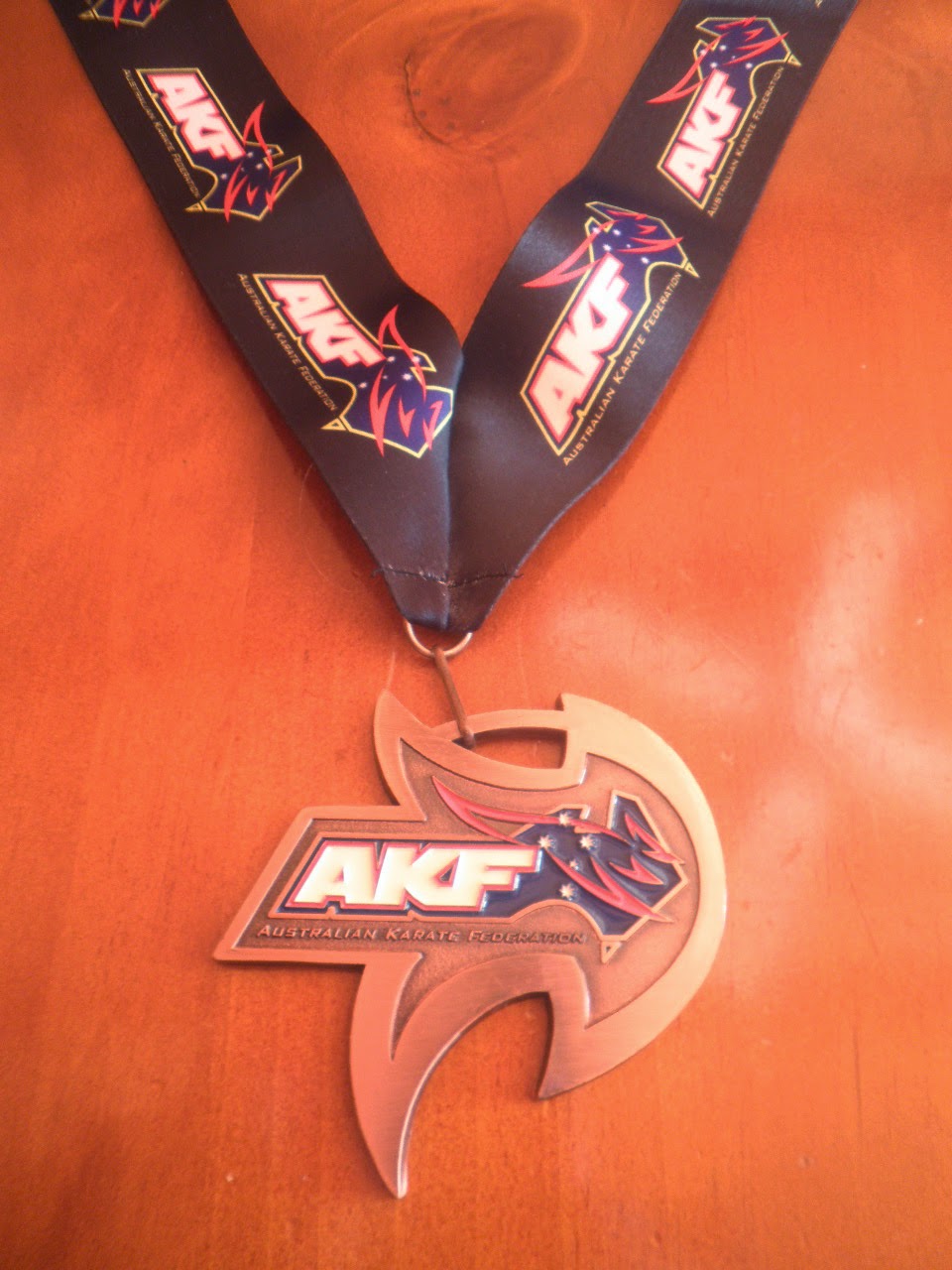