The world has gone Frozen mad, and I've been taken along for the ride! A friend asked me to stitch Elsa which she would turn into a pillow for her niece's birthday. This proved not as easy as it sounds. There weren't a lot of patterns out there, and even less halfway decent ones that were small enough for me to stitch in time. We settled on one, and I got to work. The problem was it appeared clear that the picture had just been thrown through a conversion program without any tweaks. The colours were awful and not realistic at all - yes, I was aiming for realism in a cartoon character! Far too much time was spent tweaking, stitching & ripping. Don't even get me started on her hair. I almost admitted defeat! Anyway, it did turn out cute - in no small way in thanks to my friends sewing skills - and the recipient did like it. Here it is: 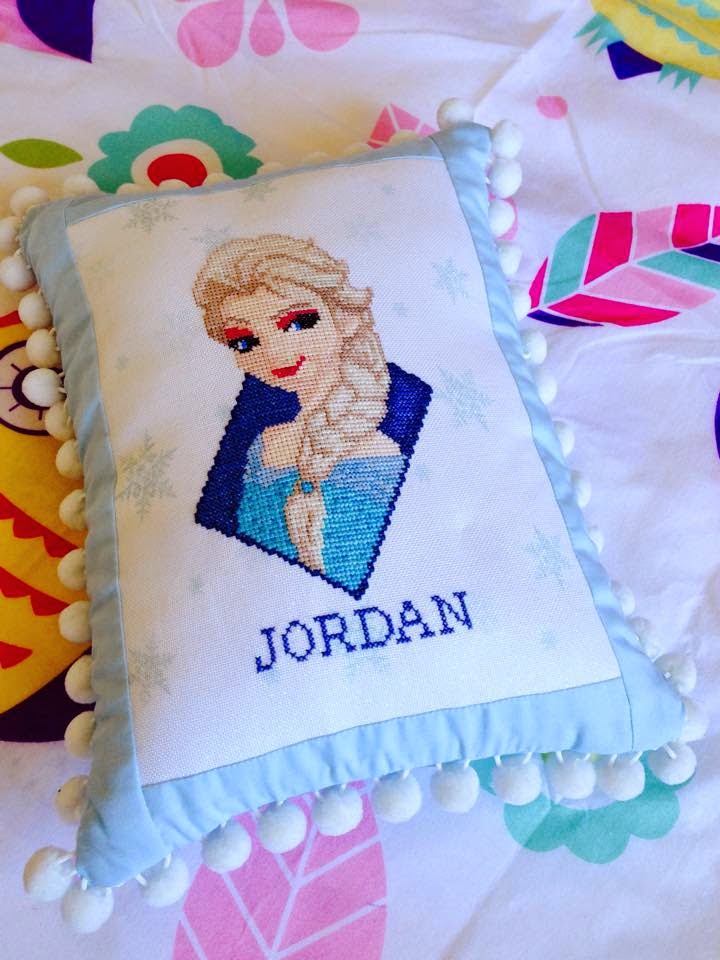 She turned out wonderful :)