As you may have figured out by now, there's no exciting news from Nationals to report. DS was feeling confident, felt great and performed well, but not well enough to beat his Queensland opponent in the very first round. He was quite disappointed - after all he had been working since February towards this goal - but soon put it behind him and had a fun weekend socialising with his friends from other clubs. Victoria did go on to win with 40 gold medals - many of those from our own club!


Sadly he didn't make the kumite team this year either (he was first reserve) so that was it for his competition. We did make time the day before the 3 day tournament to go to the top of Mount Wellington to see the views over the harbour and Hobart. Boy, was it cold! My fingers instantly went white and numb and I had to keep retreating into the indoor viewing shelter to warm up again. There was even snow/ice on the ground, even though it was about 4pm.

We ate out a few times and made time for the Salamanca Market on Saturday, even though the weather was pretty bad. Cold, wet and windy, except for the times we came back to the venue and the sun shone through the windows meaning I needed sunglasses! LOL. A whirlwind weekend, but a great opportunity to represent our state again and wear the tracksuit with pride. He is going to start doing an elite sparring class instead of the basic one, as well as a strength and conditioning class which will improve all aspects of his karate for the future. 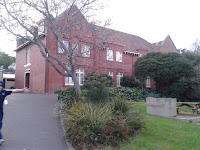 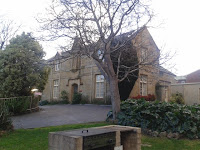 The above pics are of our accommodation - Quest Trinity House

Then, just because we don't get enough karate, DS attended another "local" tournament the weekend after. He did well to gain 2nd place in kata (missed winning by one vote). He was also able to compete in kumite in this event as he has recovered fully from an injured wrist. He again did well but points were drawn on 1-1 at the end of time. 5 judges then voted on who they thought was the better fighter and again he lost by one vote - 2-3. Sadly this was the first round so he was out in that. Here's the BIG medal he won for kata: